ABDA Travel Co. LTD is the first Uzbekistan-Malaysian Joint Venture Company in Uzbekistan. As a trade mark ABDA was established in late 80th. At this moment it is a Group of companies of 5 companies working under ABDA trade mark including ABDA Travel, LTD (Tourism, Ticketing and event management), Air ABDA Co. LTD (Agent for 5international air companies), ABDA Aviation Co. LTD (GSA for 20 Cargo Companies), ABDA Employment and Consultant and ABDA Solution Co. LTD (Education). For the last 12 years ABDA has gained a lot of experience in both outgoing and incoming tourism. 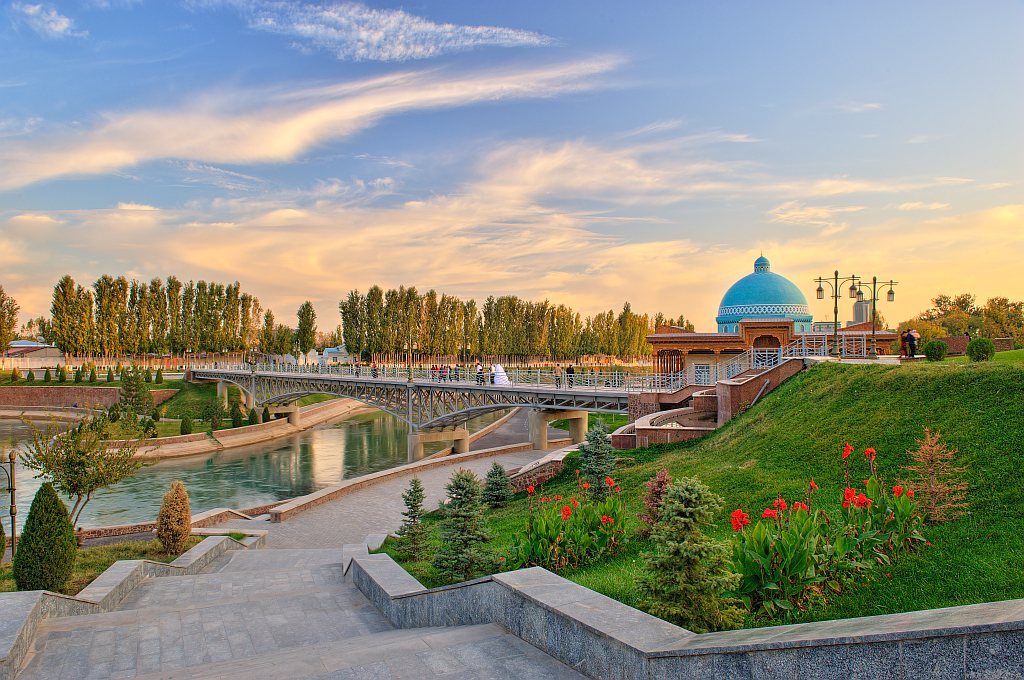 TASHKENT the capital of Uzbekistan, is one of the most ancient cities in the world and the largest in Central Asia, with population of more than three million.

The city dates back to the first century BC. The word “Tashkent” means “the stone Settlement”. Over the centuries, Tashkent changed is name several times: Shash, Chach, Chachkent, Binkent. It has been Known under its present name from the 11th century. Nowadays Tashkent is a major Scientific and cultural center in universities, museums and theaters are located here. There are such unique architectural monuments as Kukeldash and Barakhana Madrassahs (16thc) 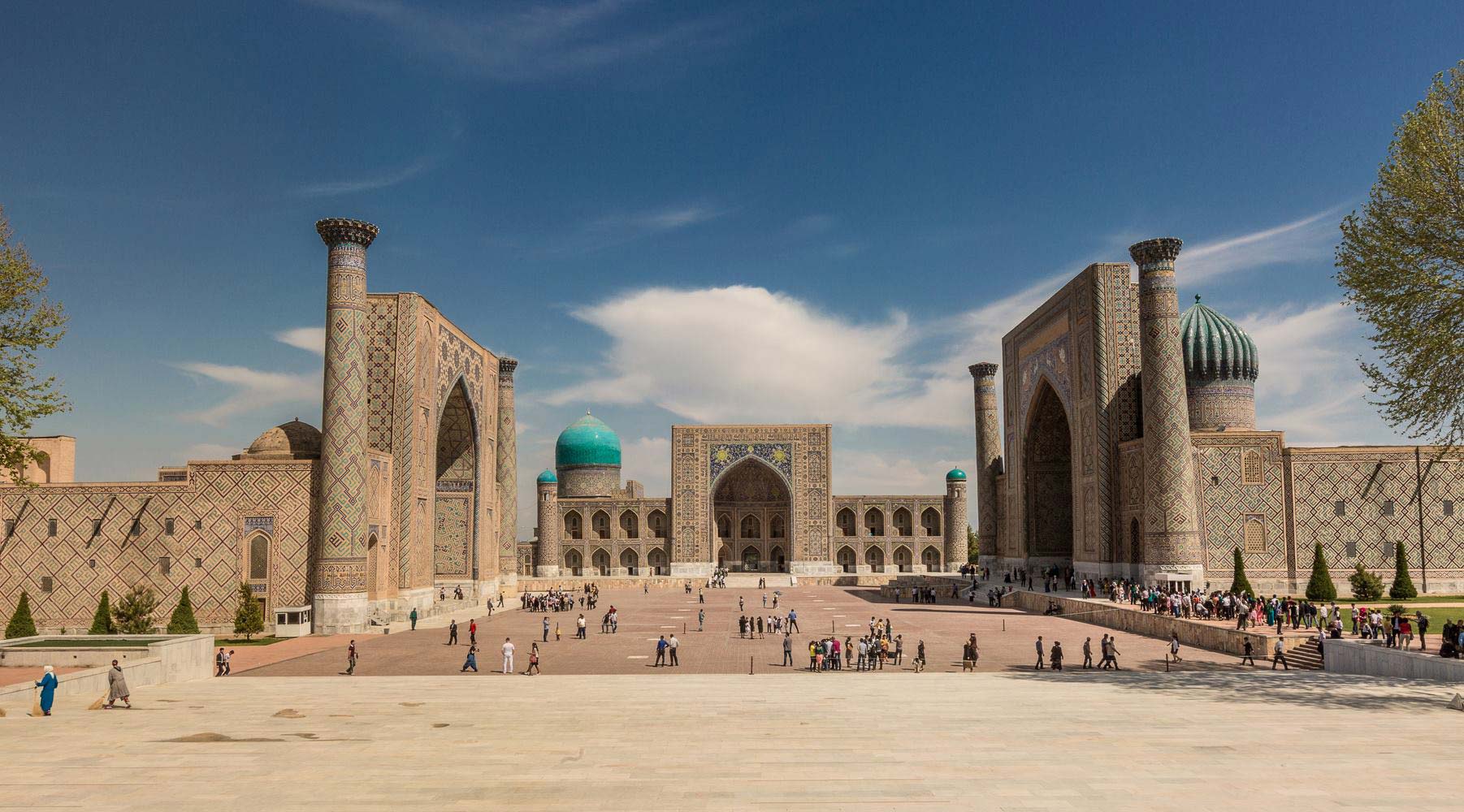 SAMARKAND is the one of the largest city of Uzbekistan and is one of the same age as Rome, Athens and Babylon- more than 2750 years old. Ancient Arab manuscript refer to it as “Pearl of the East”. The world-wide known unique architectural monuments of Samarkand have the Mausoleum of the Temurid’s Dynasty, crowned with a large tiled cupola. The bodies of Temur and of his grandson Ulugbek- a prominent scientist and astronomer – are buried here. Among other places of interest there are: Shakhi –Zinda ensemble, which is unique in tis decoration, Registan – the central square of ancient Samarkand, which is Surrounded with Ulugbek,  Shir-Dor and Tillya-Kari Madrasahs. A part of the giant sextant in Ulugbek observatory has been preserved to the present days and astronomical tables created by Ulugbek are still in use all over the world. It is worth to cover thousands of kilometers to see the blue cupolas of ancient Samarkand. 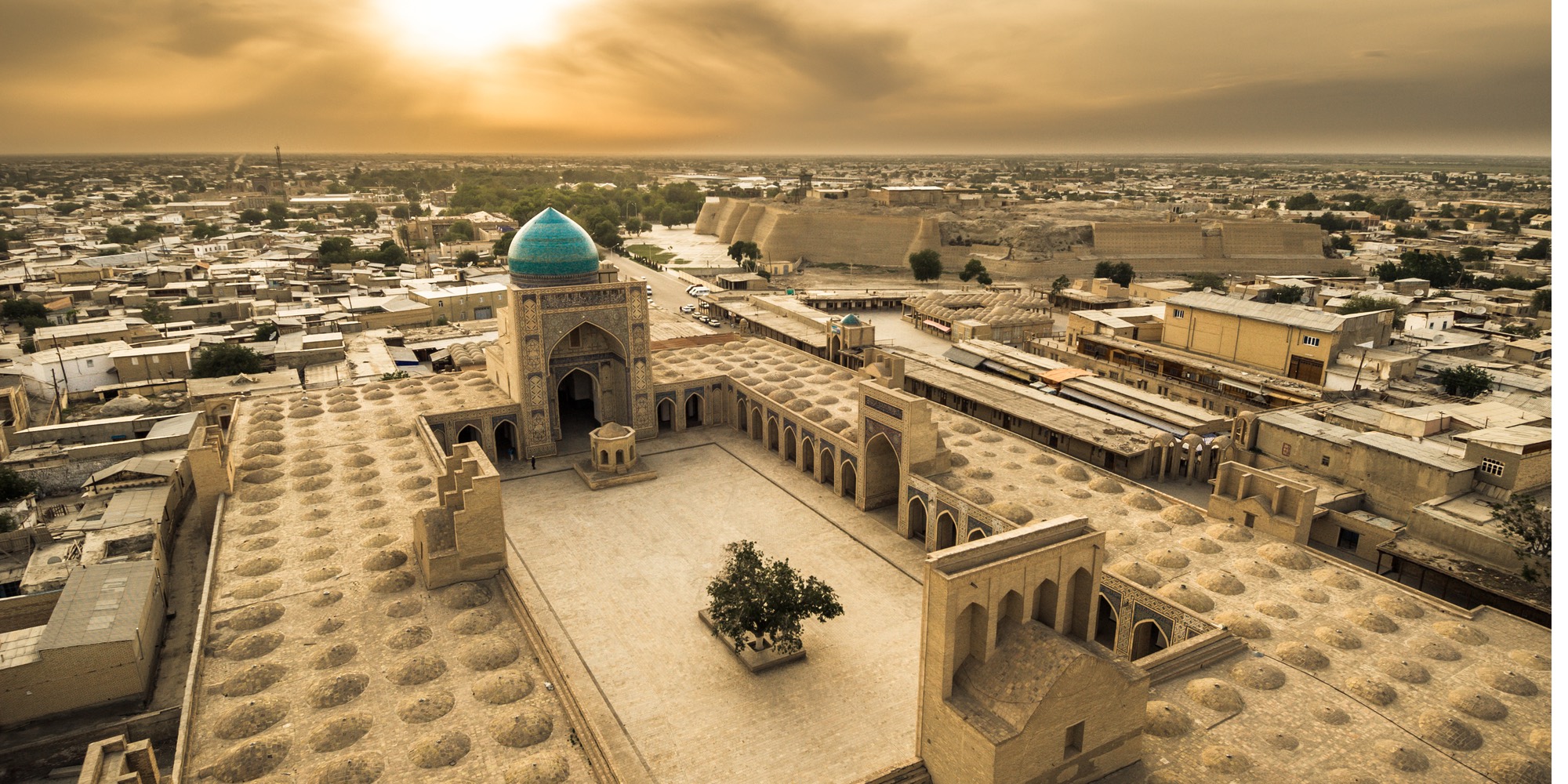 BUKHARA is located at the crossroad of ancient trade routes and someday it was a large commercial center with a lot of bazaars on the Great Silk Road.

Nowadays Bukhara is unique museum-city: there are more than 140 architectural monuments located here. The earliest of them date back to the 9th century – the Mausoleum of the Samanides. 50-metre high tower of the Kalyan Minaret looks over the city in all its splendor and no one will be indifferent to Ulugbek and Chor-Minor Madrassahs. “old Bukhara-city” is the only place in Central Asia where you can find all colors of the East and touch the mysterious soul of Bukhara. 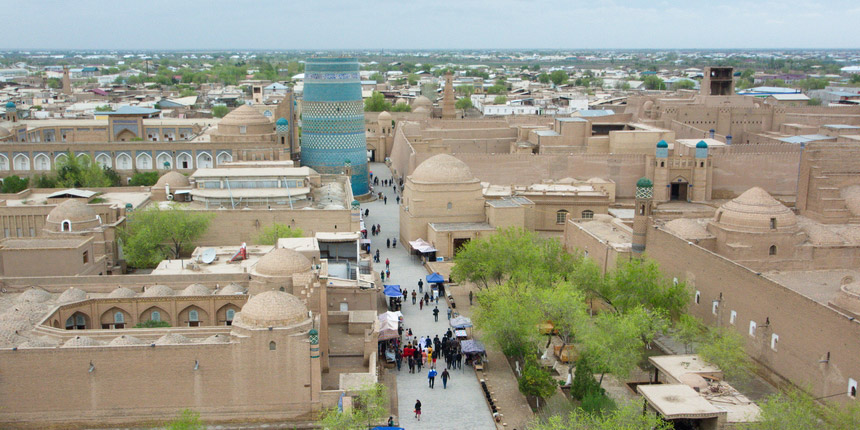 KHIVA is a city a fairy-tale. The capital of Khiva-Khanate dates back to the 17th century and still has the exotic flavor and medieval Oriental town in the old part of the city – Ichan-Kala, where all architectural monuments are located. Kunya-Ark Citadel, Tash-Khauli Place, and fortified hill- Akshish-bobo, which is the best place to see the whole city, are among them.

Today Khiva is a city –museum. There are no high buildings and wide streets here. It is very hard to enumerate all the historic sites in Khiva. There are palaces decorated with colorful mosaics, air-brick houses and many madrassahs, minarets and mosques, such as the high and beautiful Islam-Hodzha Minaret. 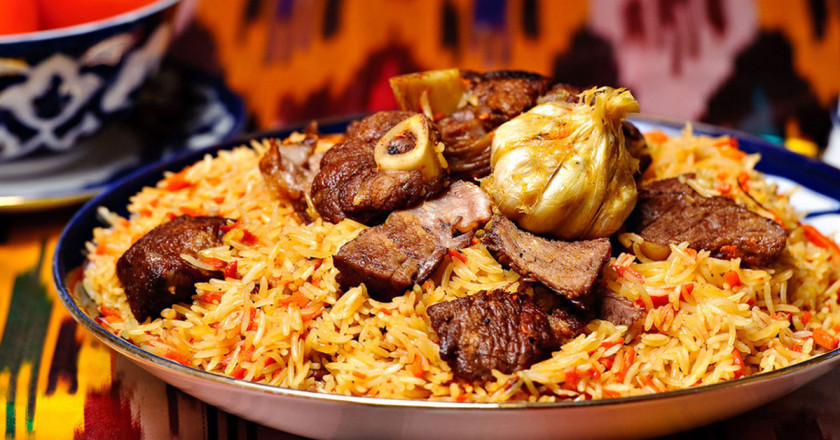 Food: Plov is a national pride and joy, for which an excuse is barely required, from visiting guests and circumcision feasts to any occasion in everyday life. Uzbeks claim to cook over 100 types of plov, differing in rice, spices and extras such as raisins, quince or check beans. Example number two is shashlik, mutton kebabs from smoldering charcoal grills. Popular too are manty, big dumplings with chopped mutton and onion. Among various shurpas (soups) that is mutton meat and vegetable soups- are dymbul shurpa, with sweet corn, potatoes, and stuffed peppers; narkhot shurpa, with chickpeas; and chuchvara shurpa, with small mutton dumplings. 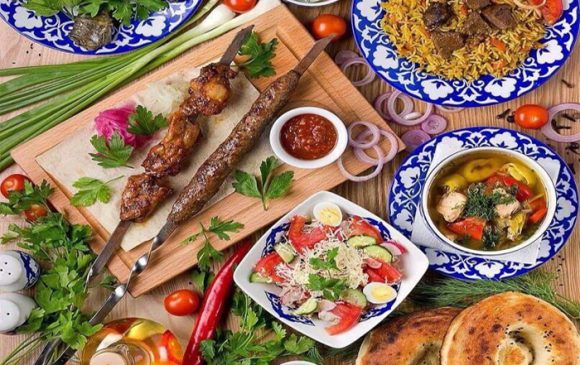 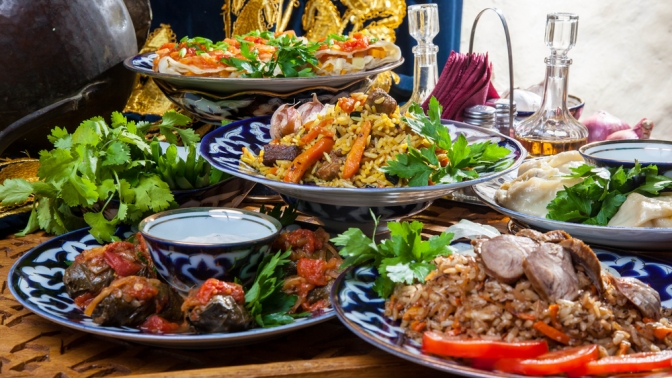 Among the other soups- mastava a rice and vegetable soup, mampar – meat, friend egg and chopped noodles. And many many other tasteful dishes which you can enjoy during your trip over Uzbekistan…

The flow of tourists to Uzbekistan in 2018 has doubled - up to 2.2 million 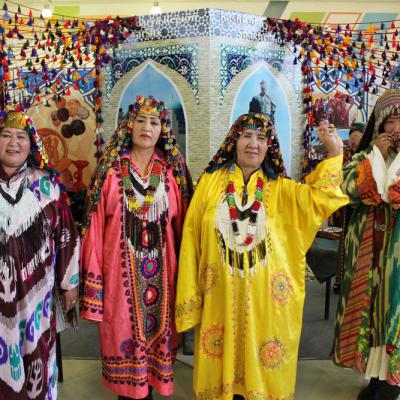 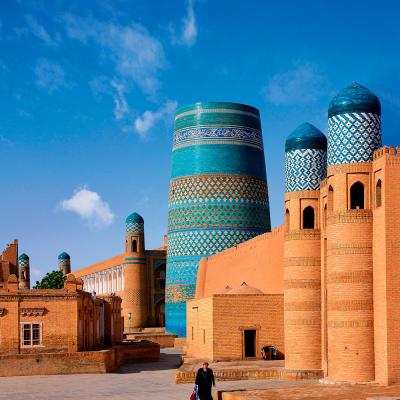 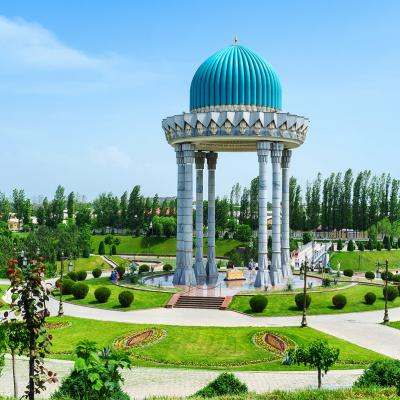 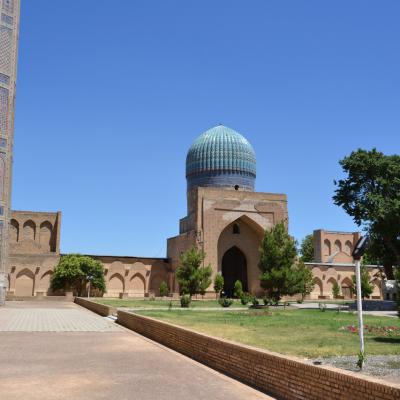 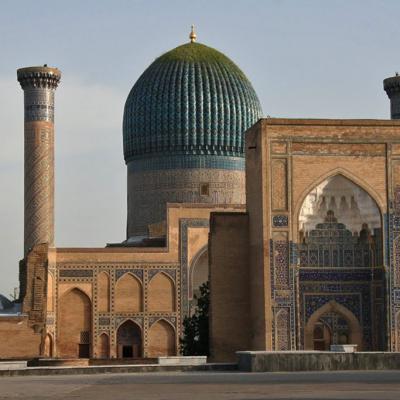 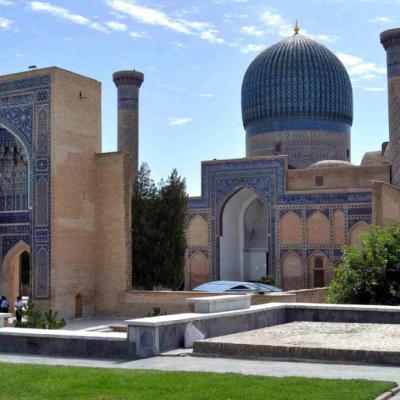 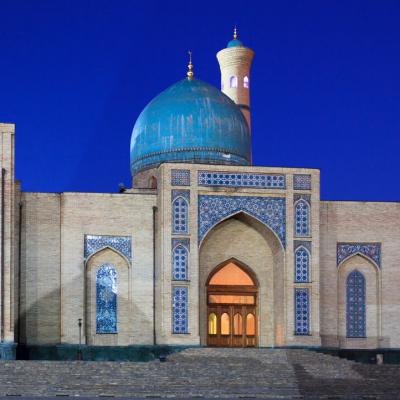 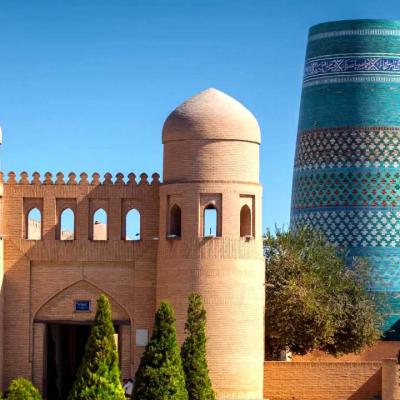 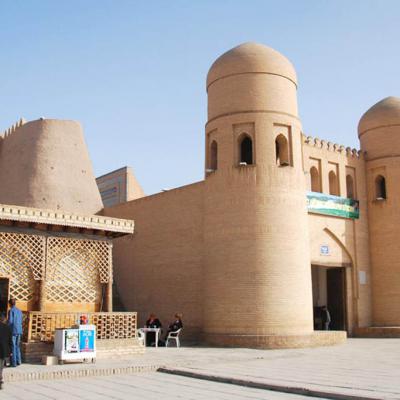 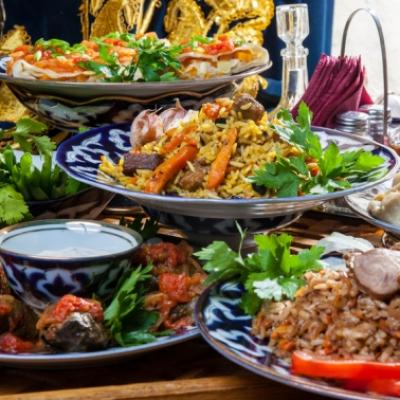